All Plants are available for sale! in malaysia only

Call or whats app 012-925-9495 to place your orders. First come first served basis we can't hold them for you.
CLICK Here to order
All plants listed here are currently available for sale. Delivery can be arranged for outstation and within Klang Valley.
Please note that due to import controls we can not ship outside of  Malaysia and Singapore. 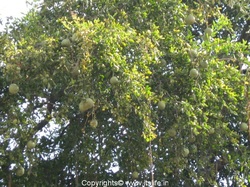 According to Shiva Purana, the great epic on Lord Shiva, the Bilva tree is the manifest form of Lord Shiva himself, while all the great tirthas (pilgrimage places) are said to reside at its base. One who worships the Shiva Linga while sitting under the Bilva tree attains the highest bliss of oneness with Lord Shiva.

I offer one leaf of Bilwa to Lord Shiva,
Which has three leaves, Which causes three qualities,
Which are like the three eyes of Shiva,
Which is like the triad of weapons,
And which destroys sins of three births.

I offer one leaf of Bilwa to Lord Shiva,
Which has three shoots, Which do not have holes,
Which are good and pretty, And worship Lord Shiva.

I offer one leaf of Bilwa to Lord Shiva, For if an uncut leaf is offered,
To his steed the god Nandi, We get cleaned of all our sins.

I offer one leaf of Bilwa to Lord Shiva,
For it is equal to, offering a saligrama to a Brahmin,
Or the great blessing got out of performing Soma Yaga,

I offer one leaf of Bilwa to Lord Shiva,
For it is equal to gifting thousand elephants,
Or the performing of hundred fire sacrifices,
Or giving away billions of girls.

I offer one leaf of Bilwa to Lord Shiva,
For it is equal to giving a tree of Bilwa,
Which was born from the breast of Lakshmi,
And which is very dear to the Lord Shiva.

I offer one leaf of Bilwa to Lord Shiva,
As seeing and touching of a tree of Bilwa,
Washes away ones sins and also very great sins.

I offer one leaf of Bilwa to Lord Shiva,
After living in the city of Kasi, Seeing the Kala Bhairawa,
And also visiting the temple Of Madhawa in Allahabad.

Reading this holy octet of Bilwa, In the presence of Lord Shiva,
Would save one from all sins, And in the end take him to the world of Shiva 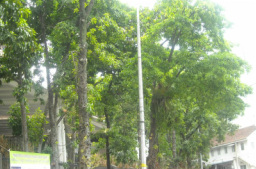 Prosperity Tree and Flower
Couroupita guianensis, whose common names include Ayahuma and the Cannonball Tree,
The trees are grown extensively in Shiva temples in India. In Hindi it is called Shiv Kamal and also known as "Kailaspati". It is called the Nagalingam tree in Tamil. The flowers are called Shivalinga flowers in Hindi; Nagalinga Pushpa in Kannada; Nagamalli flowers or Mallikarjunaflowers in Telugu. Hindus revere it as a sacred tree because the petals of the flower resemble the hood of the Naga, a sacred snake, protecting a Shiva Lingam, the stigma.
In Sri Lanka, Thailand and other Buddhist countries the tree is often planted at Buddhist temples. It is here mistaken as the Sala tree, Shorea robusta, the tree under which the Buddha passed away and under which the previous Buddha Vessabhu attained enlightenment.
Among those who invoke the Spirit, the flower PROTECTION has become popular as nowadays people travel more than before. Carrying this flower protects from accidents. Such stories are numerous. A lady whose income was very small used Nagalingam and was frustrated as there was so results at all. Her dirty house prevented the beneficial action of the force. On cleaning the house, she saw a sudden spurt in her income which in a year led her to buy a house. If an important flower is unavailable, one can imagine the flower in his heart with the same effect. Depression is common. Chrysanthemum (Samandhi) is called Life Energy. On taking the flower in hand, after offering it to God, one can see energy entering his system.

We currently have one white flowered shenbagam that is 7 feet that must be planted in the ground.  We also have some white and yellow smaller plants that are about 2 feet high at the moment.
These plants grow wild in the Palani hills and are used in the prayers at the Palani temple.
We recommend they be planted in the ground so they will grow large and flower well. The flowers are very fragrant and are commonly used in many expensive perfumes. Small bunches are also worn in the hair of girls and women in India much like the Jasmine flowers are. 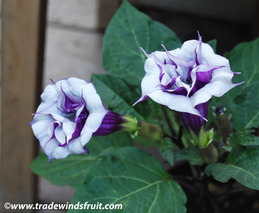 Datura flowers, commonly known as jimson weed, devil's trumpet, devil's weed, thorn apple, are used to adorn Shivling in many Shiva temples. Datura garlands are offered to Shiva and are available outside many Shiva temples. Legend has it that the Dhatura flower appeared from the chest of Shiva. This is mentioned in the Vamana Purana.

Sadhus who are worshippers of Shiva smoke the leaves and seeds of Datura plant. This is a poisonous plant and is not used by common people.

The plant along with its leaves, flowers and fruits are offered on Mahashivaratri night. The flower is used to worship of the Pradosh day – 13th day of a lunar fortnight. 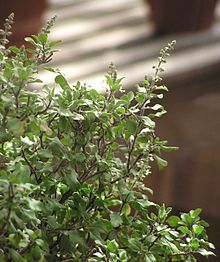 Thulasi the healer
1.   Thulasi , when taken along with pepper in the evenings for three days consecutively, treats cold, cough and fever.
2.   Irritation in the urinary tract is healed when the juice of Thulasi and cow’s buttermilk mixed together are taken thrice a day.
3.   When the juice of Thulasi with salt is consumed in an empty stomach for forty eight days, epilepsy gets cured.
4.   Chest pain is alleviated when Thulasi’s juice is taken along with honey thrice a day.
5.   The juice of Thulasi mixed with water and taken in the early mornings for a hundred days is a great therapy for all sorts of diseases.
6.   Thirst, flatulence, and absence of appetite are eased when Thulasi’s juice is drunk, mixed with hot water.
7.   Thulasi and two pinches of Omam (Carum Carvi is its botanical name), well ground and mixed with water, and consumed once in the mornings after food, is a sure remedy for chicken pox and measles.
8.   Even the poisonous bite of a scorpion is cured when the affected area is rubbed with the leaves of Krishna Thulasi (dark thulasi).
9.   When the juice of Thulasi is taken in the mornings and evenings for forty days, it acts as a treatment for leprosy!